An Overview of London’s Immigration Policies

London is a vibrant city full of culture and international influence. But what are the rules that regulate immigration to the British capital?

The United Kingdom’s immigration policies have recently been subject to considerable debate, and London is at the heart of this conversation. But how are changes in policy affecting the people who want to move or settle in London?

London has been undergoing a rapid influx of immigrants since the early 2000s. As a result, Britain’s immigration policies have significantly changed over the past decade, with some sections being updated as recently as last December. In this article, we’ll examine London’s current immigration landscape and explore how its regulations are shaping current trends for those looking to enter or leave the city. 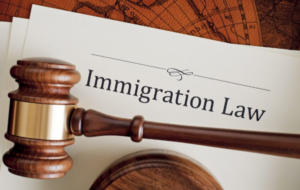 The UK’s Points-Based System (PBS) is a key part of the country’s immigration policy and sets out the criteria for those wishing to move to or stay in London. The system works by awarding applicants points for their skills, qualifications, and other attributes such as age, language proficiency, and previous UK experience. Those with the most points are then granted visas or work permits.

The Tier System is another component of Britain’s immigration policy which divides immigrants into four categories based on their purpose for coming to the country. The tiers are divided into workers, students, family members, and those coming to the UK for business purposes. Each tier has its own set of criteria and applicants must meet the requirements to be eligible for a visa or work permit.

To enter the UK, all non-EU citizens must apply for a visa. The type of visa required depends on the purpose and length of stay in London . As well as other factors such as nationality. For example, those wishing to visit London for a short period may need an entry clearance visa, while those looking to stay longer may need a Tier 4 student or Tier 2 worker visa.

The Immigration Health Surcharge (IHS) is a fee that all non-EU citizens must pay when applying for visas and work permits. This fee covers the cost of healthcare while in the UK and is mandatory for all applicants.

The EU Free Movement rules allow EU citizens to move freely between member states without needing a visa or work permit. This has been in place since 1993 and applies to all 28 countries in the European Union, including the UK. It allows EU nationals to live and work in London without any restrictions or additional paperwork.

The UK’s immigration enforcement system is responsible for monitoring and enforcing the country’s immigration laws. This includes carrying out raids on suspected illegal immigrants, as well as identifying and removing those who have overstayed their visas or are in the country illegally. The government also has the power to detain people who are found to be in breach of immigration rules.

Asylum seekers are individuals who flee their countries due to fear of persecution or death. To receive protection in the UK, asylum seekers must make an application.

The Points-Based System is a way for non-EU citizens to gain access to work visas and residence permits. Applicants must accumulate enough points according to the tier system, which has five levels with different criteria and point values.

Family visas are special visas that allow family members of UK citizens or residents to join them in London. These visas generally cover spouses, parents, children and other close relatives.

Overall, London has a range of immigration policies in place to regulate the movement of people into the city. From the Immigration Health Surcharge and Right of Abode to the EU Free Movement Rules and Points Based System . Policies are in place to make sure that only those qualified for visas can reside in London. Furthermore, family visas allow close relatives of UK citizens or residents to join them in London.